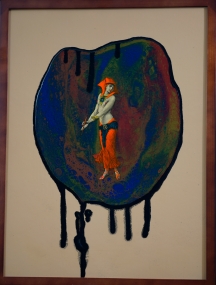 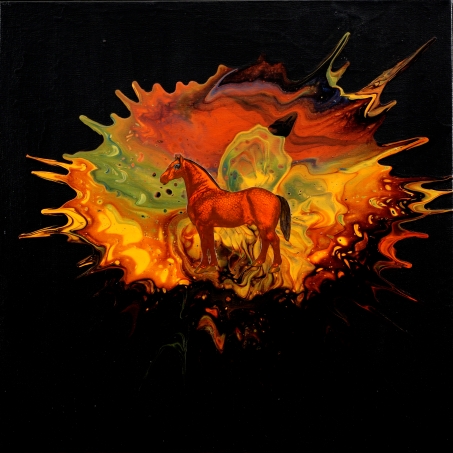 Silas Plum – At age 12, Silas Plum won the East Coast POG tournament. The prize was 500 POG’s, small collectible cardboard circles, each with an identical red and blue design on the front. From that moment on, he became obsessed with the question of Value. Why were these important? How could anything not necessary for survival be worth more than anything that was? Does artistic sentiment have value? The POG’s are gone, but the questions remain. Through assemblages of defunct currency, discarded photographs, and long-forgotten illustrations, Silas Plum challenges the idea of objective vs subjective value. He believes strongly in the tired old maxim that the true value of an object is more than the sum of its parts, that the gut is a truth-teller, and that the Aristotelian notion of learning-by-doing is the best teacher around. Judge his worth at silasplum.com

Visit our friends at HighShelf Press.